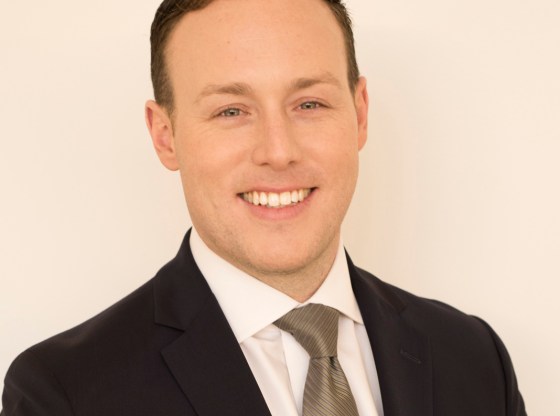 HAMILTON, N.J. —Sept. 14, 2021—First Bank (NASDAQ: FRBA) announced today that one of its community bankers has won the 2021 NJBIZ Forty Under 40 award as one of the state’s successful business leaders.

David J. DiStefano, who is New Jersey Region President and First Senior Vice President, at First Bank, will be recognized during a virtual awards ceremony on Thursday, September 30. He currently oversees all commercial banking activity in central and northern New Jersey, including 11 branches with approximately $1.5 billion in deposits and an additional $1.4 billion in commercial loans.

“Since the community bank’s beginnings, David has brought First Bank’s tagline to life: Personal Bankers, Real Relationships,” said First Bank President and CEO Patrick L. Ryan. “As the company’s first employee, he believes old-school relationships begin with a conversation—and that’s the secret behind First Bank’s success. It’s a business philosophy that runs deeper than a logo or an ad campaign. The bank operates with a long-term approach, which centers on being a solution-provider and doing good work in the community.”

During DiStefano’s tenure, the commercial lender has delivered a 44% compound annual growth rate in total assets. It has been recognized as one of S&P Global Market Intelligence’s Best-Performing Community Banks in the United States for its record of growth and profitability.

To promote growth, DiStefano reorganized his lending team, which includes 16 commercial relationship managers, plus team members associated with the retail branch network. The decision flattened the structure and improved the bank’s “personal banker” model. In 2020, his team increased net loan growth by $80 million and net deposit growth by $100 million in the New Jersey region, excluding any activity tied to the federal government’s Paycheck Protection Program (PPP).

Gives Back To Businesses, Communities

DiStefano also believes in giving back. He has received the New Leaders in Banking Award from the New Jersey Bankers Association for his accomplishments and community service. He helped the Allentown Village Initiative with revitalization projects, created networking for other young professionals at various organizations, including the Princeton Mercer Regional Chamber of Commerce, and won the Top Fundraiser Award from Alex’s Lemonade Stand, where proceeds were directed to benefit research for children with Beckwith-Wiedemann Syndrome.

DiStefano has earned his Bachelor of Arts in accounting and finance with a minor in economics from Franklin & Marshall. He earned his MBA at Rider University.

First Bank (firstbanknj.com) is a New Jersey state-chartered bank with 16 full-service branches throughout New Jersey in Burlington, Gloucester, Hunterdon, Mercer, Middlesex, Somerset and Morris counties, as well as in Bucks and Chester counties in Pennsylvania. With $2.44 billion in assets as of June 30, 2021, First Bank offers a traditional range of deposit and loan products to individuals and businesses throughout the New York City to Philadelphia corridor. First Bank’s common stock is listed on the Nasdaq Global Market exchange under the symbol “FRBA.” Member FDIC and EHL.